through an official list. This notification has been issued by the General Administration Department, which will be for public and other holidays in government offices, undertakings and stateized banks. 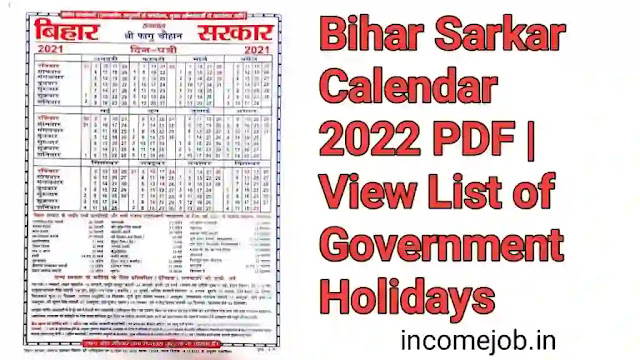 Bihar Day: 22 March is a public holiday, which is celebrated as Bihar Day.

Ashoka's Birthday: Bihar celebrates the birthday of Ashoka, who was the emperor of the dynasty Maurya, every year. It is also a public holiday in Bihar.

In the year 2022, the birth anniversary of the tenth Sikh Guru Gobind Singh will be celebrated on 20 January, Vasant Panchami on 5 February, Holi on 18 and 19 March. Bihar Diwas will be a holiday on 22 March. There will be a holiday every year on Kartik Purnima, the birth anniversary of Guru Nanak Dev. Ambedkar Jayanti is on 14 April and Eid is on 3 May.

Republic Day, Independence Day and Mahatma Gandhi Jayanti are the three national holidays celebrated by the whole country. Regional holidays, sometimes referred to as local festival holidays, will vary depending on heritage and religious significance.